During this time, we want to help our fellow road warriors stay connected while we all take this unexpected break. At Cozy Roadie, we know we're all weathering this storm together in our own ways, and hope that sharing our stories from the road will help everyone in the industry stay in touch and connected. We would love to hear your story. Simply click here to submit your story for us, and the winning entry will win a $25 Amazon gift card. We can't wait to hear from you! ❤️

The following is from Michael Saperton, Founder of Cozy Roadie and Fellow Road Warrior:

We have all been there at least once… okay… for sure, more than once…when there are breakdowns during a show, and the hours of calm routine are suddenly replaced by moments of panic. From my 40 years in the live events industry this was one of them…

My show position was "Engineer in Charge" for a high profile international travel association and we had been stumped for hours, attempting to determine why one particular piece of terminal equipment was not stable. This was an extremely high profile show, packed with celebrity speakers, dignitaries from around the world, including the Governor of Texas and the Mayor of Dallas.

This was a massive show with a 400 person “VIP only” local audience and international live broadcast for the travel and tourism industries.

Because of the way the client booked the room, there was only one day to load in SGA stadium seating, 4X blended widescreen, full scenic and 10 kiosk exhibit area out in the lobby all fed from production...one day for tech and rehearsals, then all day live show & broadcast; there was a live simulcast webcast but that was the least of my worries…

The input / output list was extensive for the time I had to put this one in (those of you in the industry can relate): 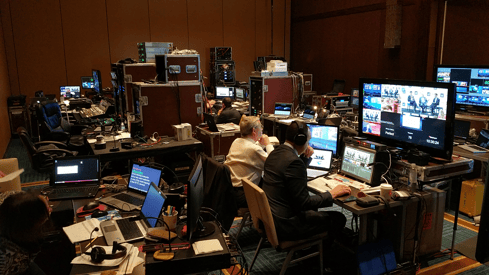 To make matters a little more challenging, the system from live local show to the broadcast, top to bottom, front to back the video system needed to be changed over to the PAL 50hz standard vs our NTSC 60hz USA standard. I’m talking about everything in the video system. The client did not want the anything recorded in 59.94hz format. Standards conversion on the end of the system was not an option.

In terms of the technology that we have available today, DP, HDMI 6G 12G SDI, digital video systems...  Having a Barco E2 for instance, this would have been a slam dunk. A whole new world has opened up for us in the live events and production industry with this new technology.

On top of an already stressful situation, limping through 16 straight hours of tech and rehearsals, we had a power failure caused by a hotel electrician negligently and improperly installing our feeder to Video Village’s power distro. One of the legs/phases of our Camlock feeding the entirety of video village, literally fell out of the hotel’s 200amp breaker panel in the middle of our last rehearsal for the evening. (are you freaking kidding me!) You can only imaging the heads that rolled when this happened!  I had never seen our Technical Director (Eric) come down on anyone the way he came down on the hotel and the guy responsible for this!

Once we got everything back up and running, making sure that no one piece of equipment was damaged due to one of the legs falling out, I sent my crew home to get some rest before we had to be on point for this show at 7 a.m.

Eric and I stayed behind. We were going live to Europe in less than 7 hours.

It was now midnight in Dallas and things were not going well for me. I had been up for 36 hrs with no sleep.

There was a specific piece of equipment that was not storing the EDID (Extended Display Identification Data) of the DVI source computers with any reliability, which meant that sometimes the signal would be there and the next maybe not!

After attempting literally everything I could think of, as well as reaching out to my video engineer brothers, the manufacturer of both the Router and the Processor, exhausted and totally stumped, I called our on call guys at the shop to order a replacement router from a local vendor. As I waited for the replacement to arrive, at about 3:00 a.m., now going on 38 hours, with no sleep, I installed the replacement DVI router and was still having the same problem! Different manufacturer same problem...!  Now what... Totally defeated and completely distraught,  I stretched out on a couch in the VIP lounge, just on the other side of the air wall to catch a 30 minute nap and decided to check in with my wife Barbara, fortunately it was 2 hrs earlier in Phoenix.

I shared with her that I run out of ideas to resolve this issue and that I was sure that this was officially my "last show"!  In the only way that Barbara knew how to help me, she said, “Let’s ask your angels to help you out while you nap. I’ll bet you’ll wake up with the solution."

When I woke up from my nap, I called our on-call guys at our shop again and asked them to bring me 20 “DVI Detectives” (these devices imitate a specified EDID  and frequency range, 1080P@50hz)…

The next morning, well into show, Barbara called. “Did you get it figured out?” she asked. I had been so busy and was still running on 30 minutes sleep going on 2 days and it hadn’t occurred to me that when I woke from my nap, I thought, “I’m going to put a DVI detective device on every DVI source – and the problem was solved!” 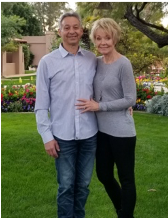 I chuckled – and hesitated – to let the crew know our angels had saved the day… they would think I was completely nuts?

Do you want to share your story and enter to win a $25 Amazon gift card? 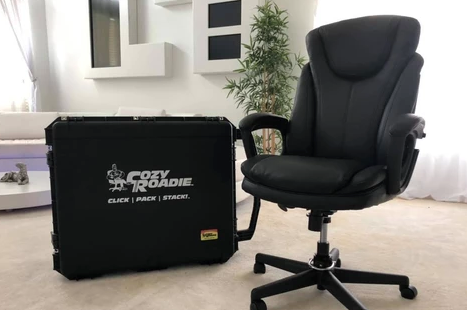 Cozy Roadie is committed to offering world class customer service and the very best solutions to portable, luxury seating that is sustainable, lasts for years, and provides enormous added value for professionals on the road.